A generally well-liked individual, Tyson is quite easily the object of one's attention and friendship after a few meetings. With his cheerful, calm and sincere demeanor, very few people tend to dislike Tyson. If anything, people may seem envious of the success Tyson has had with almost his entire life. Calm, collected, but still bearing a positive outlook on everything around him, Tyson generally is seen with a small grin on his face, chuckling through everything that is thrown at him. It is undeniable that Tyson himself retains awareness of everything that surrounds him, not letting up even a single piece of information that can be handled by him. In fact, this undying inquisitive nature is also present in his general mannerisms, and makes a very large amount of his moods at any given time.

In terms of mannerisms, Tyson is quite respectful, calm and generally very sincere. This is not excluded to a sole class of individual, and spreads out equally amongst individuals of any relation to himself, whether they be close friends to mere acquaintances or mentors. Tending to adopt the suffixes, "-san", "-chan" and "-dono" when addressing people, one would think his almost demonic sneer is another personality entirely! He submits to those he knows he cannot win against, and generally makes a point at averting any conflict when it isn't necessary.

It is also noticed commonly that Tyson tends to interject himself into conversation at random points of time; inputting a clever remark in order to weave into the conversation to see what exactly is being discussed. He cannot see those he is close to have sadness and negativity in their eyes, and is a great judge of emotions, plucking them out with a clever choice of words and being the shoulder that many lean on for support.

But on the other hand, Tyson is not the "nice guy" continually, and can be quite the malicious male when the situation calls it. Devilishly sarcastic, manipulative and dismissive, Tyson has developed a sort of..."anti-bully attitude" to those that aren't particularly fond of him. Because of the amount of bullying he has faced as a child and through his childhood, Tyson can be considered anti-social to quite an evident extent. This is seen in many of his common habits, such as; wearing earphones when not listening to music, having a preference to work by himself, and having adverse reactions to people touching him, Tyson can be seen as a burdened soul who hasn't been able to fully recover from past endeavors of life. 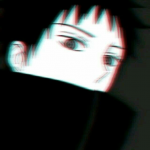