"I am only a man who sails on the seas"

This would be my character in the One Piece world, he was born on an island in the Grand Line and after word of the strongest fighting style he decided to find Jinbe, after a long search when he was only 11 years old on the seas, he found Jinbe at the age of 14 on Fishman Island and trained with him for 9 years before returning to the Grand Line where he eats the Logic Logic Fruit. He then returned in the same year the Straw-hats left and trained with Jinbe 21 more years, developed new techinques, mastered haki and is the strongest user of Fishman Karate in the world, he joins the Ahou Pirates with the captain Marcus Junior and is found out from where he hides, after his original 5 milion bounty on the Grand Line in his first years, now after sinking several Marine Ships as he was trying to sleep and defeating a vice-admiral and a pacifista, his bounty shoots up to 350.000.000 beli. Now he sails the seas searching for adventure.

I use my fist and haki to burst water out of a lake/sea/ocea/so on and then I hit it again and with carefull shockwave control I model teh water into the shape of a dragon. The Dragon heads straight at my enemies then it embeds its teeth into my adversaries with great force bending even steel, breaking their bones, cutting major arteries which die from blood loss.

I jump high in the sky and then I come flying straight at my enemy with my fist creating huge friction with the air and heat. The heat turns into flames and after 3 seconds the flames rise 30 m behind me shaping like a phoenix with the fist being its mouth, then I hit my enemy which is engulfed in flames and if he dodges, the fist shatters the ground it hits and fire starts exploding out of the cracks.

I go straight at my enemy and with amazing speed and precision I hit them in the stomach with a fist combined with haki and hit them. It creates an amazing amount of damage being able to send even a smaller Sea King flying. The attack shatters some bones and creates internal damage.

Using Kenbunshoku haki I align myself with the enemy and the sun blinding him and then with haki I punch him, it doesn't work at night.

I use my fist and arm to block an enemies attack or to counter, but since my arm would move so fast to block each attack and with haki activated it would seem as if a huge Sea King were there to stop the enemy, also when I attack with it, I use my elbow.

Flying I bring my hands together and head strainght towards my enemies head with haki embedded in both fists I slam them down onto the enemies skull shattering it completely.

It works just like the Morning turtle, but I use both hands for it hitting the enemy from both side, crushing his skull or body like the fangs of a shark

It works like the Water Dragon, but using 4 times the amount of water, creating a huge two-headed serpent called hydra, since I use both fists, my control is even better and the power of the water can break even the strongest metal with its teeth.

This technique allows me to barely touch the ground I stand on and by controlling the water from the earth, I'create a great wave that washes the enemy from the ground

As the legend said, they are true and I hit the earth with an amzingly strong fist, strong enough to shatter the ground, awakening one of them, the huge creature is not very kind, but I learned how to make them help me, with haoshoku haki, it awakens and with huge fists it attacks my enemies.

After a Sea Demon awakens, a huge wave rises and heads out to the closest shores, in a fight it takes around 5 minutes for it to come here. With allot of hardship I take the wave with my own fist and smash it into my enemy!

This is a combo with Jacky where I or Jacky hit the enemy rapidly while the other goes behind him , the last fist of the one attacking sends the enemy in the sky where both I and Jacky hit him again with our most powerful fist from different sides in the abdomen, our fists slide around him, but the immense force sends the enemy flying in one direction spinning at 300rpm and then at one point he reaches the ground smashing into trees, rocks, the earth continuing so until he gets 2 km away from me an Jacky

The name is perfect for this technique, since it is so hard to control and execute, I need to concentrate for at least 30 seconds before using it and the enemies laughter gives me time. Its just as the title says, its a water spray, like a water shot, but in every direction. First I need to concentrate to arrange all the water in the atmosphere on a radius of 100 meters to fit perfectly and then, when I open my eyes, I move my fists towards my enemy and then, the water I gathered around me is pushed forward in every direction possible at incredible speeds and they clash with the other water molecules in the atmosphere creating nuclear fission which releases huge amounts of energy so around me are heard thousands of booms, with haki and with the control of the control of the water spray's points where it hits, I manage to escape from this attack relatively not hurt.

The legend of the Sea Demon

There are stories from long ago about huge creatures that rise out of nowhere and create chaos, by turning the sea against the people, they were said to be huge, as big as 3 Sea King one near the other with huge hands and a somewhat humanoid shape. They had a darkened face with 2 eyes, but no mouths. They are legendary beings! But now I have learned about them:

As I was sailing on the sea one day, I felt a huge tremor from the sea and I decided to check it underwater (I did not eat my fruit then). There I saw a huge thing, I thought it was a hill or something like that, but it really moved, It could've been a Sea King I thought, but it wasn't. It turned at me, with its somewhat simple, but shocking face, with two white eyes and two huge arms we stared at each other. After we spent 5 seconds wandering of who the other one is, I remembered that I wasn't dreaming and I got very fast out of the water. The huge creature rose out of the water, It was 1 km over the sea line and I was truly amazed. I fought it, tried at least, but then I realized it didn't want to fight, with my haoshoku haki, I learned that they are not such strong willed creatures and learned to befirend them. I even documented myself and I found out that the Sea Demon were named so because the sea farers feared them very much because of their sheer size and the fact that when they rise, a huge wave will form, the water goes in every direction and at the point where the Sea Demon rises, the gap closes very fast calling for all the water from nearby to form currents that head right towards the Sea Demon creating the biggest tsunami where he awakens. A tsunami like that can be very big about 500 m tall. They aren't carnivorous and they feed on a huge amount of algies since they lie dormant for more than 500 years at the bottom of the sea sucking algies threw their skin, the reason why they don't have mouths. They usually like to slumber close to islands since the waters are shallower and the sand is finer. Their fists are as big as a giant.... maybe even bigger...

Just after my bounty raised, many bounty hunters came after me, some tought they can win, but none did actually fight me, they were weak enough to be knowcked out with 1 punch. I traveled a certain while in this Grand Line and fought many others, but all weak, then I reached the island of sake, a party made me broke and I fell a sleep outside with a barrell as a pillow. The next thing I knew was that a marine was pointing his gun at me right at my head. I opened my eyes very fast and avoided the bullet at point-blank range, grabing the marines arm and hitting him in the head. Then I was surrounded by marines.... A marine vice-admiral stood in front of me and out of nowhere the marines started flying , the chujo was kinda surprised, I took advantage of that and used my 200.000 fist of the Morning Shark and beat break him a little then with haoshoku haki I took out all of the weaker marines. The vice-admiral came back, slashed me a little on the arm and in the air I blocked his attacks and with one single strong 100.000 fist of the burning phoenix in the face, he was crisped and burried in the ground, then when I turned to see who was here I saw someone drunk with shiny eyes. It was the cap'n MJ. KAAAAAAKOOIIIIIII, he said and then WANNA JOIN MY CREW?!??! I thought, really? drunk with nothing else to do, but ask someone to join your crew....go somewhere else. I asked: How many are in the crew. He: only me. I: really....what about leaving me sleep then. MJ: But...but...I really wanted such a strong nakama and you have amazing powers! I wanting to sleep and being drunk a little said after a while yes... and now I am the 1st mate of the Ahou Pirates... 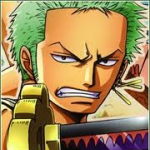 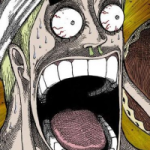 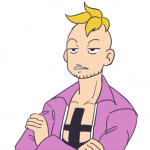